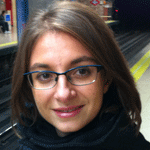 In our lab we are interested in understanding the function of DNA repetitive elements in the epigenetic regulation of the transcriptional response of the cell. In particular, we are asking whether DNA repeats could influence the inter-individual variability between humans in terms of response to environmental cues, adaptation and predisposition to human diseases. DNA repeats cover almost 70% of the human genome, and their function was largely ignored for decades. Nevertheless, there are emerging evidences of the peculiar role of repeats in regulating the epigenome. For instance, DNA repeats are involved in chromosome structural organization, gene regulation, genome integrity, and evolution. Moreover, a plethora of potential functions for expressed repeat regions have been assayed using data generated by the ENCODE and FANTOM consortia. These studies indicate a functional role for repetitive DNA in cell identity by means of repeat- encoded, ncRNA-mediated mechanisms, acting both in cis and in trans. The work of our team may provide important mechanistic information and novel interpretation of how specific non coding DNA functions may directly influence cellular processes, such as differentiation and disease. Ultimate goal that to demonstrate that evolutionary acquisition of such elaborated fine modulation of transcription represent an added value for mammalians, and humans in particular, to react to environment, adapt to stress, and eventually predispose to better or worse outcomes in disease progression. Such an effort in elucidating DNA repeats molecular mechanisms might at the end get genome biology and epigenetics research closer to truly effective forms of personalized medicine.