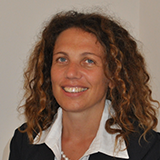 Innate immunity is the oldest form of immunity, already present in plants and invertebrates, and is based on evolutionarily ancient molecular mechanisms. Fundamental receptors of innate immunity are the Pattern Recognition Receptor (PRR) that recognize molecular structures belonging to microorganisms (PAMPs). PRR recognition of PAMPs determin the activation of molecular pathways, such as the NFkB pathway, preserved during evolution and the consequent response of the immune system. However, increasing evidence suggests that factors that appeared late in evolution, such as NFAT transcription factors, also regulate the functions of innate immune cells. The NFAT pathway has been well characterized in adaptive immunity, while there is little information on its role in innate immune cells. Recent studies indicate that this pathway is activated in innate immune cells of myeloid origin downstream of PRRs and suggests it has a fundamental role in controlling the cross-talk of myeloid cells with the endothelium and with innate and adaptive lymphocytes. These studies also suggest that the deregulation of the NFAT pathway in myeloid cells leads to the development of chronic inflammatory diseases.
Our research group studies the consequences of NFAT activation in innate immune cells in cases of microbial infection (fungi) and sterile inflammation (acute rejection), using appropriate mouse models and nanostructured NFAT inhibitors. The research group is also involved in studying the tumor-intrinsic and tumor-extrinsic role of NFAT in tumor growth and in the control of the tumor microenvironment.