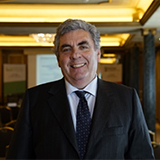 The major focus of my research is the dissection of the heterogeneity of the T cell population infiltrating solid tumors, and how this differs and evolves between primary tumors and metastases. Our knowledge of the human immune system is essentially based on the analysis of lymphocytes isolated from peripheral blood. However, the vast majority (>99%) of effector T lymphocytes reside in peripheral tissues where they contribute to homeostasis or mediate immunopathology in autoimmunity or cancer through poorly defined inflammatory and anti-inflammatory programs. The identification of molecular targets to modulate tissutal T cells is a promising area of investigation with the potential to lead to transformative therapies. In cancer and autoimmunity, tissue T cell subsets exert opposite roles but are pathogenetic in both cases, we can thus describe “loss of function” or “gain of function” of the various T cells subsets in vivo. We are combining single-cell “omics” and in situ analyses to provide an unbiased molecular and geographical landscape of lymphocytes infiltrating primary or metastatic tumors (lung and colon), or inflamed tissues (Rheumatoid Arthritis and Crohn). We are identifying tissue- and disease-specific T-cell transcripts, which are complemented by multiplexed RNA-FISH to obtain maps of spatial networks of tissue T cells. The newly identified genes are then validated with gene and protein expression analyses on large panels of human tissues, and are silenced in T cells in vitro to assess their relevance in T cell function. The intersection of these datasets, the fine dissection of the regulatory networks and modelling of T cell clonal expansion will be used to investigate T cell identity, function and plasticity. In so doing we can differentiate proteins representing effective pharmacological targets because of their necessary and direct role in maintaining T cell functional states from those that may be only sufficient, thus representing less important targets. This approach will generate transformative knowledge on tissutal immune regulation thus identifying new targets for precision immunotherapy.