Identification of strategies for the eradication of chronic viral infections 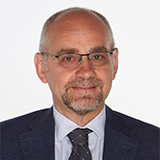 Our group has had a long-standing interest in the identification of strategies for the eradication of viral chronic infections.  After having provided several important contributions to the discovery of the successful anti-HCV drugs, we are now focusing our effort on the identification of viral or cellular factors that could be targeted in order to achieve a cure for chronic hepatitis B, and on studying the mechanisms of establishment and maintenance of the HIV “silent” reservoir, which currently represents the main obstacle to the eradication of HIV infection.

Towards a cure for chronic hepatitis B

Chronic hepatits B is recognized as one of the most common causes of liver cirrhosis and hepatocellular carcinoma worldwide, leading to hundreds of thousand deaths every year.  Treatment of chronic hepatitis B virus (HBV) infection with antiviral therapy has led to a significant reduction in mortality related to chronic hepatitis B. However, unlike in the case for HCV, a virological cure is hardly achieved and the virus may persist in the liver of treated patients for their lifetime. The stability of the HBV genome, which forms a stable minichromosome, the covalently closed circular DNA (cccDNA) in the hepatocyte nucleus, is believed to be the main reason for life-long HBV persistence. Currently, drugs approved for the treatment of chronic hepatitis B include formulations of alpha-IFN and nucleos(t)ide analogs that inhibit HBV DNA polymerase. IFN-based treatment is effective in achieving a sustained virological response in only a fraction of patients and is associated with severe side-effects. Conversely, nucleos(t)ide analogs are well tolerated and potently suppress HBV replication in the majority of treated patients. However, these drugs rarely lead to permanent suppression of HBV. Life-long nucleos(t)ide analog treatment is required to continuously suppress HBV replication, which may be associated with significant cost burden, long-term drug-associated toxicity and a residual risk of developing HCC. There is, therefore, a pressing need for the discovery of therapeutic strategies effective in clearing HBV cccDNA (“complete cure”), or at least achieving stable suppression of gene expression from the cccDNA (“functional cure”).

In the context of the CurB collaborative network, we are pursuing a number of strategies aimed at targeting different steps in viral life-cycle. These include the identification of inhibitors of HBV capsid assembly as well as the development of peptide nucleic acids that could selectively be taken up by hepatocytes and interfere with HBV gene expression. Moreover, HBV genomes containing reporter/selectable genes are being developed that could be exploited toward the identification of novel strategies to interfere with the HBV life-cycle.

This is a new line of research for the laboratory, that has the objective is to study HIV latency establishment in the different subsets of CD4 T cells. HIV persists over decades despite seemingly effective antiretroviral treatment (HAART). HIV persistence relates to the fact that HIV integrates into the genome of the host cell, thus becoming an integral part of cellular DNA. Infected cells harboring a transcriptionally silent “latent” provirus evade immune surveillance and persist over many years despite long-term HAART. While there is agreement that memory CD4 T cells play a central role in HIV persistence, fundamental gaps remain in our understanding of how HIV latency is established and maintained.

Emerging evidence suggest that CD4 T memory stem cells (TSCM), the least differentiated of all CD4 T cell memory populations, support HIV infection. However, the extent of the impact of TSCM on establishment of HIV latency, persistence and the underlying molecular mechanisms remain unknown. We hypothesize that HIV exploits the stemness of TSCM to create a persistent, self-renewing HIV reservoir, which bypasses the need for de novo infection. Understanding the molecular mechanisms underlying HIV persistence in CD4+ T memory stem cells is essential to develop targeted interventions allowing shrinking and purging of the latent reservoir.