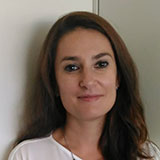 The HIV pandemic is one of the defining public health crises of our time with more than 37 million people living with HIV/AIDS worldwide. A cure or effective vaccine remain elusive despite 35 years of intense research. Although ART effectively suppresses viral replication, life-long treatment is required since ART fails to cure the disease. One of the causes of this failure is that HIV integrates its genome in the chromosomal DNA of long-lived host immune cells such as memory CD4 T cells. Indeed, infected CD4 T lymphocytes harboring a transcriptionally silent provirus form the latent HIV reservoir, which evades immune surveillance and persists over many years despite effective ART. In addition, HIV positive individuals on ART, with a controlled viremia, often experience general inflammation and immune-dysregulation that make them more susceptibile to non–AIDS-defining illnesses like cardiovascular disease, kidney disease, metabolic alteration and non–AIDS-defining cancers. Our research focuses on the study of the interplay between HIV and the immune system in both acute and chronic phases. We aim to characterize how HIV establishes latency in the different CD4 T cell subsets with a focus on CD4 T stem cell memory, the least differentiated of the human memory T cells subsets. We are also investigating how events in early acute infection and reservoir size influence CD4 T cell reconstitution and immune dysfunction.

SARS-CoV-2 can cause severe pneumonia characterized by massive infiltration of inflammatory cells, including monocytes and expanded clones of T cells massive production of pro-inflammatory cytokines, and extensive tissue damage. It is not completely characterized how monocytes interact with the virus, preliminary data on SARS-CoV2 suggest that the infection may be abortive with consequent high expression of pro-inflammatory cytokines but delayed expression of type I interferon (IFN-I), fundamental for initiation of anti-viral innate immune responses. In our lab we aim to phenotypically and functionally characterize monocytes in COVID19 patients as well as study the interplay between these cells and SARS-CoV2.